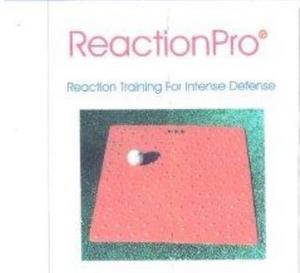 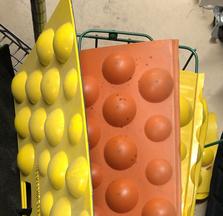 Move the Acebuilder 2 feet inside the service line for positions 1 and 4.  This makes you practice a serve that will take your opponent out wide. The first 10-15 serves should be slow and easy to warm-up your arm. Aim at the Acebuilder. Hit the first 24 balls flat.  Hit the next 24 balls a spin second serve. After 48 balls, move it to another position. Serve 96 balls on the deuce side and the next day serve 96 balls to the ad side.  Practice every day for 3 weeks.  As you get better, hit at position 2 first, then with the same toss and service motion, try to hit the next set of balls at position 1.  Do the same for position 4—first hit balls to position 4, then with the same toss and service motion, practice hitting position 3. Try to spin the ball into position 1 and 4 to pull your opponent off the court.​ 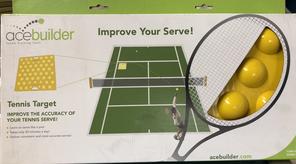 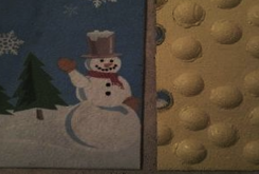 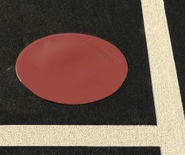 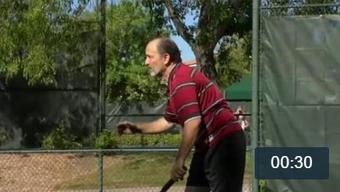 Place the Acebuilder target on the surface of the court in one of the four corners of the service box--position 1, 2, 3, or 4.  Serve 24 balls to each corner once a day for 3 weeks.  The first 10-15 serves should be slow and easy to warm up your arm.  Keep track of the number of balls hit the target in each corner. 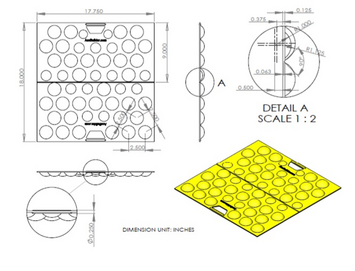 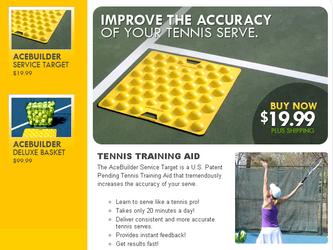 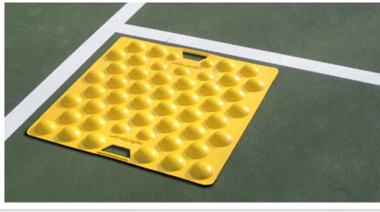 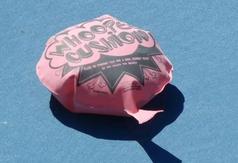